Regular readers of Submitting Like A Man (lookin’ at you, mom!) will know my oft-quoted statistic: that 51% of the population in the US is women, but only about 20% of our writers in theatre and TV are female. It’s a statistic that’s been shown by numerous data collecting initiatives (such as here, here, and here) and as something that’s fairly straightforward to calculate, the number itself is not something most people I’ve encountered are highly contesting; in fact, if anything, it’s something far too many of us accept as believable/normal.

It’s the sort of discrepancy that’s so entrenched in the workings of our industry, the story of our history, and the behaviors of our society that it can’t be pinned on one singular cause. Discrimination of any kind is a multifaceted problem, which is why it’s so damn hard to stop or change. SLAM is a project I created to examine the part of the discrepancy stemming from unintentional bias. And there are all kinds of other factors that are almost certainly weaving together and causing the discrepancy too—producers who don’t believe women’s stories will sell, awards shows that are rewarding the same white male old-guard over and over again, and so on. 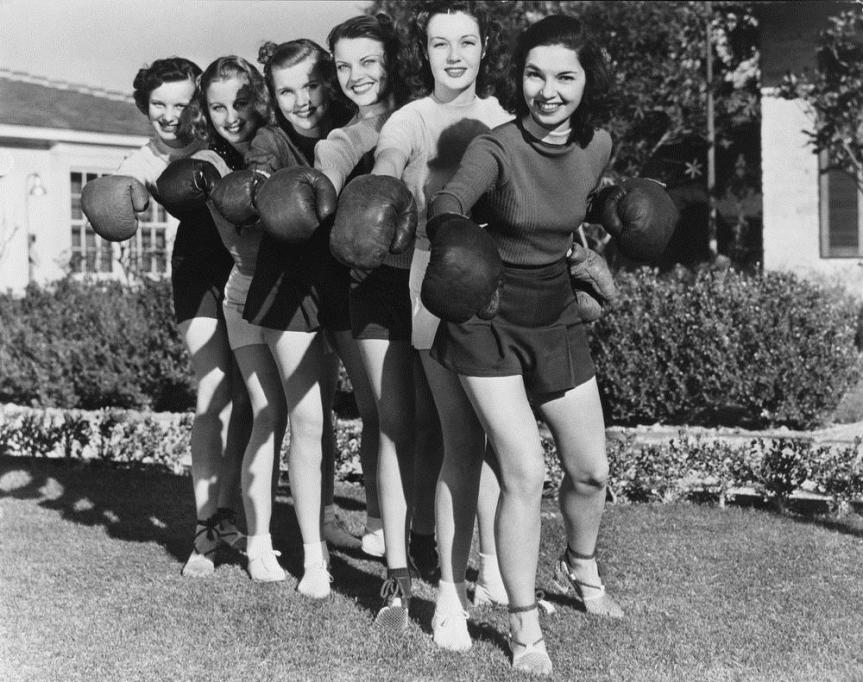 But recently it was brought to my attention that there’s another factor in the mix when it comes to the under-representation of women writers in the entertainment industry: It seems that in some cases, fewer women writers are submitting work, with some instances showing as few as 25% of submissions from women.

It’s the sort of problem that at first glance seems to imply we, lady playwrights, are somehow at fault for this large, looming problem. And if the numbers are correct, I definitely think we could stand to do better; it certainly would not hurt to be half the submission pool. But the problem we’re facing started before anyone reading this would have even been born, and it’s so complicated and layered that there’s no way we can wag a finger at lady playwrights and call off the investigation. There are many reasons why we would be remiss to say that women making up half the applicants would solve the problem, not the least of which is because submissions and open calls for work are just one of many ways new writers and new scripts are discovered, developed, and produced. But as someone administering a gender bias project that utilizes the submission process, I can’t help but wonder what’s going on.

Female playwrights, and our plays, most certainly exist (I swear I’m not a hologram). So why are we seemingly submitting so much less? It’s one of these things that’s impossible to “know” (again: if we could, it would be easy to solve) and that other women and organizations have pondered before me—which, in fact, is how I came to be aware of it. And since launching this project, I’ve had many people tell me that they don’t think I’m submitting enough. I’ve publicly stated that in the last nine years, I’ve sent out 117 submissions. To me, the number is a Goldilocks-esque “just right,” but others have suggested that perhaps I am “submitting like a woman” by simply not submitting enough. (What’s tricky about that idea is that I’ve had many of those same people remark that my success rate—about 10% of submitted work has been accepted—is higher than most. I can’t say if that’s true or not because most writers I know will guesstimate their success rate but actually don’t keep track closely enough to calculate a specific number.)

My hunch is that if we work together to give more women the opportunity to succeed, more women will come forward to put their hats in the ring.

What I ultimately can’t help but wonder is if it even makes any difference for women to submit in smaller numbers than men. And if it is true that women are submitting less, is it still “fair” for us to expect to be half the resulting productions? Let’s say a play festival is producing ten pieces. In a perfectly “equal” world, there would be five plays written by women, and five by men. So let’s say their applicant pool is all comparable quality work, and breaks down to 30% women and 70% men. Does that mean they choose three female winners and seven male? Or are they still obligated to choose five and five? My personal answer is five and five, but I can certainly see how others may argue that’s unfair or nonsensical.

In essence, it’s a philosophical question. Do we choose and present work representative of the applicant pool’s demographics? Do we choose work that doesn’t necessarily reflect the demographics of those who have submitted but does represent the demographics of our society? Or since this is art, do we have an obligation to put aside the composition of the applicant pool and make a deliberate effort to choose work that promotes voices that have historically been under-represented, oppressed, and/or denied opportunity? The only answer I have is that, as with so many issues we face as a society, what we need is an all around awareness, cooperation, and a commitment to figuring it out together. And my hunch is that if we work together to give more women the opportunity to succeed, more women will come forward to put their hats in the ring.